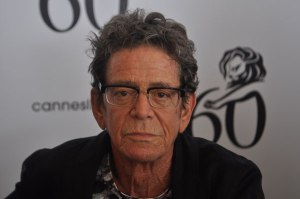 Lou Reed has died. Remembered more as an artist influence than hitmaker, Reed was one of those musicians whose brilliance was nuggets amidst noise.

My perspective is from inside Middle America.  Indiana and Michigan, with two years in Illinois thrown in when I was in elementary school.

Not many big towns.

It was the guitar rock of Reed that made sense to me. The noise? The avant garde material? Not so much. I leave that part of his legacy to the East Coast historians.

Instead, it’s the “Sweet Jane”, “Rock and Roll”, and “Dirty Blvd” parts of his catalog that I return to tonight. Reed wrote the perfect rock song with “Sweet Jane”. You can hear a “Sweet Jane” riff in dozens of songs.Hear it while driving. Say “Sweet Jane!” to yourself.

(Beautiful little video of Lou and Elvis Costello talking about the riff and the “Secret chord”.) 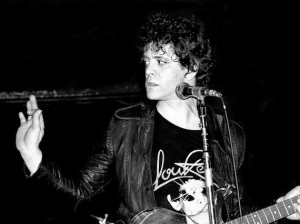 As a radio DJ in the 1980’s in a small town in Michigan, our little radio station rocked at night (at least when I worked) and I remember we had 1976’s Rock and Roll Heart album.  How did that happen?  I remember putting “Senselessly Cruel” on the turntable. Why? Because it was Lou Reed, and I was convinced I wore the crown of cool, smart rock guy who knew how to find a song the Midwest rock and rollers would like.

Was I right? Maybe. We were an AM station, broadcasting to a town of 7.000, and I was way too young to be as good as I thought I was. Couldn’t have been anyone listening, right?

At the time? Subversively brilliant.

Indiana is home now. I dragged my Michigan influences with me and am what I am.  Yet Lou Reed is a tiny-but-still-influential part of it.

A product of small towns, I’m Kiss and Wings and John Denver 45’s. BTO, REO and ELO 8-Tracks. And Bob Seger albums. A lot of those.

But Reed was a peek into the “Who knew?” part of NYC backroom of rock and roll and painters and artists debauchery; heroin overdoses and metal machine music. He was the noise and weird and cool. His nuggets of rock music felt different. Smart and strong and vulnerable and not from where I was from.

Still, Lou kept doing just enough straight-with-a-twist rock and roll. Or I found the pieces on my own.

I played the shit out of his 1989 album “New York”. It is one of my favorite albums of that period. Raunchy-but-sweet guitar and words that build into lyrics deep and dark and real; dense yet simple.  Cinematic snapshots of down and dirty, and resiliency too.

Tonight, I go find Lou. Like the old friend you were tight with for a few years and then lost track of. Or at least never talk to. But you think of him. That’s Lou Reed and me. It’s about remembering the sounds that made those of us in the middle of the country like Lou Reed.

It’s a live version of “Sweet Jane” from his Rock n Roll Animal live album; dueling guitars into an anthem.

It’s Reed mixing it up on a killer live version of “Dirty Blvd.” with David Bowie.  Bowie rocks here.  Reed’s really good on this clip, but Bowie steals it.

But what I best remember tonight, for whatever reason, is the band Detroit (featuring Mitch Ryder) and their cover of “Rock and Roll”. It’s a Lou Reed song, turned into an uncharted classic by Mitch and his post -“Detroit Wheels” band.

The song is named the same as a genre he weaved his way though.  Reed played rock and roll  –  his way.  Not our way.  He seemed like he didn’t care what anyone thought. Tough rock and roll guy.

He lived “Walk on the Wild Side”, right?

I reflect on how Lou Reed found a way to connect with those of us here in the Midwest who never partied with Andy Warhol.  We love the sound of those “Sweet Jane” chords, shot full of melancholy and joy, straight into the heartland.

(Dig the cheese of Music Mike on the intro. and the cool Lou Reed trivia he throws in…) 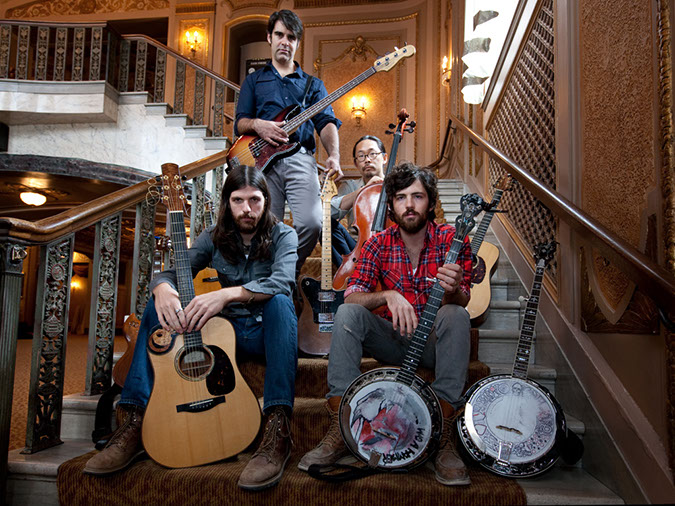 Quietly, David Letterman has quietly built quite the music legacy.  His Live on Letterman webcasts have been featuring bands like Mumford and Sons, Taylor Swift, John Mayer, Kings of Leon, Adele and lots more.  Recorded in the hours before the show airs on TV, but just after the talk show is actually taped, it’s a up-close, high-production, intimate venue featuring bands letting loose for the audience sitting in the same building where The Beatles performed on the Ed Sullivan Show

Coming up on October 30, a particularly noteworthy show is worth catching. Fans can watch the Avett Brothers’ webcast live or on-demand. Also during CBS.com’s live webcast, fans will have access to  multiple camera angles, and the ability to pick the last song in the band’s set.

According to the Letterman show, the performance will feature songs off of their newly released album, Magpie and the Dandelion, including “Another Is Waiting,” as well as songs from their previous albums 2012’s The Carpenter and the band’s 2009 major label debut, I and Love and You.

Additionally, the webcast is available live and on-demand on Radio.com, and on-demand via the CBS App for iOS, Android and Windows 8.