While it is the Avett Brothers who will sell the tickets and most will come to see Saturday night The  Lawn at White River State Park, openers Truth & Salvage Co. continue to forge forward with their neo-americana rock, getting set to jump into a tour that finds them opening for th Avett’s in Chicago and Indy before launching their own club tour. It will stretch into November, and is a road dog special, including an early run of 11 shows in 12 days.

I’m an unabashed fan; what they do is what I love about music. It is American rock and roll, much like The Band (yeah, mostly Canadiens) made in their day. Back porch-with-amps rock and roll.

***When I talked to Tim Jones, one of T&S’s main singers and songwriters, before one of his Indy gigs last year, the former Old Pike frontman talked of what the Avett Brothers and his group have in common.

“We’re definitely a rock and roll band, but we all love country music,” Jones said. “It’s the same with the Avett Brothers. They’re crossing over to a huge amount of country people. There’s part of the Nashville community that is resistant to it. I’d love to be the band that people who love Dave Matthews and who love Vampire Weekend love us too.”

Truth and Salvage has been hitting Indy with regularity: four shows in less than two years, including a recent set at Rib America over Labor Day weekend. They return to Indy again on November 4 for a show at the Vogue.

Jones, the Indiana boy in the band, ensures the California band will continue to make the trek.

“I was playing Indianapolis bars when I was 16 years old. I am still living this life. And it just feels good,” he said.

So get to White River State Park early , and see the openers.

Even after the shorter set, they are a hidden little musical gem of a band that you won’t forget.

“When everything lines up right and you feel like you’re doing what you’re supposed to do and what you want to do, all at the same time,” Jones said,”That’s a pretty good moment.” 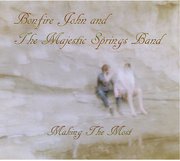 Making the Most gives hints that a solo project started in 2010 by singer-songwriter Owen Yonce has the potential to become a successful full-band project in a twangy indie-rock tradition.

Many of the songs on the 13-track album are short, with only three clocking in at more than three minutes. “You Never Learn Babe” is excellent, head-bouncing, Wilco-style rock; “Older and Gray” is nuevo Beatles, with a hint of Todd Snider as the guitar dances in for a fun solo; “Silly People” sounds like a Ringo number, circa Rubber Soul. “Fit for Desire,” featured as a free download, is a sly Dylan and Petty rock-and-roll rip with a Woody Guthrie whistle. Like much of the record, it’s filled with phrases melded together to create atmosphere rather than a linear story.

Hear: Making the Most (via Bandcamp)

Near the end, “Ride with Me” thrashes with some garage rock hopes and is bubble gum, in a good way. And the album’s best song is its closer, “Fade to Blue,” which resonates like an Avett Brothers number with its story about two people moving in opposite directions: “When I leave, will you remember me? Will I just say “I love you’”?

Don’t dismiss Bonfire John because of his tongue-twisting name and lo-tech recording standards. With cohorts Brian McGowan on guitar, Jack Sullivan on bass, and Jeffrey Lauer on drums, Yonce/John has put together a four piece that begs for opportunities to mash into the music even more. Are they a lo-fi unit happy to mine that thinner territory? Or do they have more to give? Stay together, boys, and give us another. 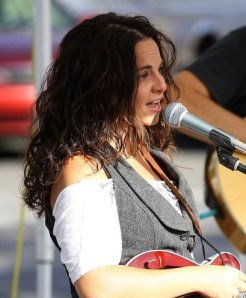 In the year following her debut, self-titled album, Bobbie Lancaster has continued to present her Americana chanteuse sound to audiences — via solo shows, radio gigs and on-stage with fellow folkie Tim Grimm for his John Prine tribute shows.

Her latest release is a live album (Bobbie Lancaster – “Live”) compiled from a pair of area shows. The first was an Indy Folk Series show on March 19; the other, a concert recorded in Bloomington on June 8 for community radio station WFHB’s Local Live series.

The album succeeds because Lancaster’s voice is a gem — expressive, sultry, and world-weary enough to make us think she’s experienced a bit of life.

One of her best, “I Don’t Wanna Miss You,” leads off the album; it’s a tune filled with longing and anthemic chord changes that hits the same vein as Mellencamp’s “Minutes to Memories.” “Hairless Monkey” shows Bobbie has been listening to Prine. “Run That Light” mines blues territory and provides a chance for Lancaster to stretch her vocal chops (“Baby, run that light, because I am on fire”).

Other highlights include “The Rain,” from her days performing as Stella and Jane, and the epic “The Tragic Tale of Maggie Donovan,” from her recent studio release.

Lancaster’s lyrics are sweet and strong, providing insight into a woman’s head and heart. They carry the work, since the music is spare — just two instruments (Lancaster on mandolin, Nick Einterz on guitar).

While the recording could have benefited from a bit more high end in the mix, and the folk series recordings sound subtly thinner than the radio set, those are minor quibbles with a release that gives the listener the feel of being in a room with Lancaster as she lets flow a raw, tight, stripped-of-gloss show.

When George Jones took the stage at the Murat Theatre on Saturday night (Sept 17), there was an air of awe mixed with melancholy. Jones is 80 years old, and with the country legend’s voice more raspy than ever, this may be the last full show tour of his career.

Here’s one thing I know about Jones: In the early and mid ’70s, his voice was always on my Grandma’s radio. I would stay at her house all night, and her country radio always played the crying pedal steel and drink-my-troubles-away country music of Tammy Wynette, George Jones, Ray Price, Red Sovine, and Merle Haggard.

All night long. That’s my DNA with country music. I expect many listeners had similar experiences, particularly if they hail from a part of the country that had respectable country radio.

Now to the show, at which Jones delivered a nice mix of old and more recent hits, fronting a crack seven-piece band that made the ride easy. Band members brought some energy — a dance step here, a silly, over-the-top face-mugging for audience affection there. The pedal steel cried appropriately, the fiddle fit perfectly, and the country Telecaster was clean and precise.

Jones’s best moments were a song about his Dad, “The Man He Was”; the weeper “You’re Still on my Mind”; the kicked-up “White Lightnin'”; the anthemic duet “Golden Ring”; and a wasted medley that still included good stuff, like a bit of “She Thinks I Still Care.”

The painfully beautiful “He Stopped Loving Her Today” closed the set, after which came a one-song encore of “I Don’t Need Your Rocking Chair.”

Jones’s nickname of “No-Show Jones” no longer seems appropriate. He’s an elder in the house of country music, and his wild days of riding a lawnmower to the bar replaced by an advanced age that now sees him taking, as he put it from stage, “all kinds of pills, for every part of your body.”

Jones satisfied the more-than-half-full crowd — the theatre was about 70 percent filled with a mix of hard-core fans mingling with those who wanted to see a legend. “I love you George” rang out repeatedly from audience members during the 90-minute show.

Here’s what the Indy show was: a night with a legend who may never travel this way again. A dip into timeless country songs. A chance to remember 30 or 40 years ago, when you were listening to the radio, and when his one-of-a-kind voice was the authentic, swaggering, soulful sound of country music. 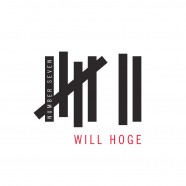 We love some of that Will Hoge.  He has a new album out on September 27, called “Seven”.   Check out this live acoustic set he played on Tuesday.  Great voice, fabulous songwriter and one of my five favorite americana rockers.