If you have satellite radio, check out Todd Snider at 10pm on Saturday night, and replayed on Sunday at 8am. The singer-songwriter from East Nashville has released his new live album, a two-CD  piece called The Storyteller, and that is exactly what he does, mixing songs and stories from the stage.  He’s always funny, touching and brilliant as he talks between songs at the shows.  This documents that part of his genius.

Todd will host a one-hour special, performing songs and telling stories live in the SIRIUS XM studios He says on his facebookl page tahat he’ll be “playing some of the artists and tunes that have inspired him, from Ramblin’ Jack Elliott to John Prine.”

The show will be on Outlaw Country, which is Sirius 63 and XM 12.

(originally appearing on NUVO.net)
Fans may have come out to see Truth and Salvage Co. Saturday night at Radio Radio for different reasons — in the past year, the band has opened for the Black Crowes and Avett Brothers, and played two local club shows. But by the end of the 90 minute show, all concertgoers received a healthy dose of gospel music. END_OF_DOCUMENT_TOKEN_TO_BE_REPLACED 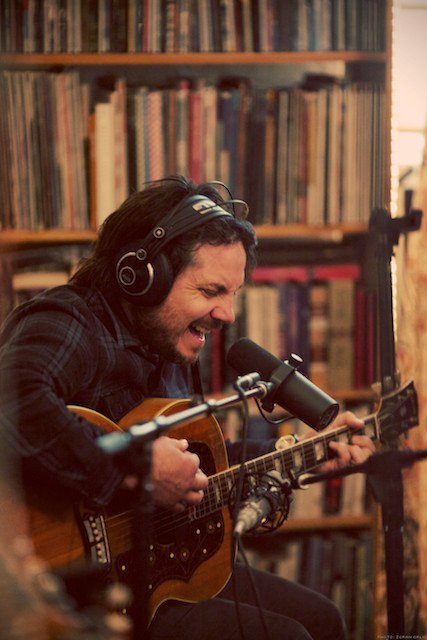 As Wilco have just formed their own label (dBpm Records), they have also gone into their own studio/clubhouse to begin work on their next album.

“We really like doing things ourselves, so having our own label feels pretty natural to me,” he said on their website. “And, to be working with Anti- — a label that was started by a punk rock guy to sell his own records — seems like a perfect fit for us.”

An update on the band’s Facebook page reads: “Okay just a reminder: Wilco are recording a record. It will be out later this year and will be followed by many, many concert dates. To quote Derek Smalls, they shall tour the ‘World and Elsewhere’ beginning in Late 2011.”

Also, the album  Tweedy released in 2010 with soul legend Mavis Staples, “You Are Not Alone”, won best Americana album last Sunday night at the Grammy’s.

Bob Seger has announced some dates for spring tour, with shows in Michigan and Ohio – plus Buffalo –  so far. Reportedly, Seger told his people to get shows booked on short notice –  because he wants to play. He has a new album about halfway finished, according to rollingstone.com.

Tickets went on sale today for the first four shows, and all sold out, including the March 31 Toledo show, selling out in six minutes, and the second show added. Grand Rapids sold out in eight minutes.

Seger came through Indianapolis in 2007 after his Face the Promise release, and rocked a packed Conseco Fieldhouse – one of the best shows I’d seen in a while, and a nice surprise. My bet? Indy will be on the new schedule.

As of this week, the Rockforward Music blog has posted 308 times since we started watching all things roots-rock back in mid-2009.  I’ve written and posted video about Indiana music, and bits from a more national perspective, that are either interesting to me, a bit odd, or maybe just some damn good, goosebump-inducing rock and roll that’s worth spending four minutes of your day on.

There ‘s been weeks when it has been all great rock video posts from YouTube.  There’s been weeks when I have posted my diatribe on the uselessness/irrelevence of MySpace.  Some weeks find me writing every day, some weeks produce one (though high-quality and award-winning) post. 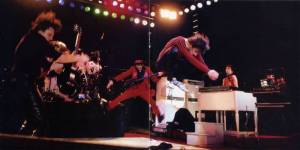 And since we started, there have been two posts that reign as the most popular, day-after-day, stretching for months at a time.  Their daily traffic many times surpasses the roots-rock news updates, the concert previews, the album reviews, the show reviews and even the the behind-the-scenes peeks at the sleazy underbelly of rock music that get passed to you, the reader.

One of these two popular posts (I will write about the other next week) has been a ten-minute, three-song live video featuring the legendary R&B/rock stylings of the J.Geils Band, recorded with one camera, close to the Fenway Park stage as the band opened for Aerosmith in August, 2010.

Why this video?  My guess?

I don’t really know.  In the big rock picture, J. Geils is, for right or wrong, not a huge band (and still waiting to get into the R&R Hall of Fame), though they picked up a second generation of fans with the “Centerfold”/”Freeze Frame” punch. It is a pretty clean side-stage shot, though only slightly above-average sound.  A big, unique setup at an old baseball park, so that is intersting.  The bill is shared with Aerosmith.  It is a vintage, interesting, from-the-soul performance.   It is all those things.  But why this more traffic-worthy than of the other 307 entries, many of which took a whole lot more time to write than putting the one video on the blog.

Truthfully? I have no fuckin’ idea.

And the nicely trashy rumor at the show was that J. Geils singer Peter Wolf got into a heated argument with Aerosmith front dude Steven Tyler before the show after Wolf was told he couldn’t take his moves and romps onto the ramp that stretched into the crowd – only Tyler was going to be doing that.