T Bone Burnett produced the Steve Earle song “This City”, which plays during the closing credit for HBO’s Treme, a drama set in the Treme district of New Orleans which in which Earle plays the character of Harley, a local folk musician who is forming a Cajun band to back him on a tour. According to his website, the song will appear on Earle’s upcoming album which will be also be produced Burnett, and has been described by Earle as his “most country album to date.” I’ll Never Get Out Of This World Alive comes outon April 26th via New West Records. The album is the anticipated follow up to the Grammy Award winning 2009 release Townes.

Todd Snider is working with Don Was and Great American Taxi, recording Jerry Jeff Walker songs to be released next year on the occasion of Jerry Jeff’s 70th birthday. Snider says they are about half way done with the project.

“We did ‘Will There Be Any?’ and were going to do ‘Pissin in the Wind’, he writes on his Facebook page. “I think were gonna do about 15 songs…all but three written by jjw. The others are songs he didn’t write but made famous.”

Follow Todd’s postings on his notes page at Facebook. Snider’s also has a new live album coming out February 1.

Like Loading...
→ The Band Perry (with former Seymour, now Indianapolis resident) Thom Daugherty on guitar) will get two high-profile TV gigs later this month. The group appears on Ellen on the 27th, and The Tonight Show with Jay Leno on the 28th.

→ The classic Jayhawks lineup of Gary Louris, Mark Olson, Marc Perlman, Tim O’Reagan and Karen Grotberg has been recording together for the first time in 15 years. Acccording to the Minneapolis Star-Tribune, the album “…is essentially done. Louris is currently holed up in Tucson, Ariz., working on the final mix of the record at a friend’s studio, Wave Lab.” (read full story) Reissues of the group’s Hollywood Town Hall and Tomorrow the Green Grass albums come out Tuesday (January 18).

→ Truth & Salvage Co., which includes ex-Old Pike singer/songwriter Tim Jones, returns to Indianapolis for a gig at Radio Radio on February 19th. Last year’s show at Birdy’s earned the top spot on my list of best shows of 2010. We’ll have an interview with Jones closer to the Radio Radio gig.

“She Really Does it for Me” LIVE at Sun Studios

→ Roots-rocker Webb Wilder will be inducted into the Mississippi Musicians Hall of Fame at a ceremony Tuesday (January 18) night. A native of Hattiesburg, Mississippi, Webb will be in good company alongside inductees such as Muddy Waters, B.B. King, Tammy Wynette, Conway Twitty, the Staples Singers, Sam Cooke, Bo Diddley, Jerry Lee Lewis, and Elvis Presley.

Wilder’s most recent studio release is entitled More Like Me.

Singer/songwriter Chad Mills is part of the Redbud Tree House Concert Series this Sunday, January 16 at Radio Radio in Indy’s historic Fountain Square District. He will open for Levi Lowrey and Clay Cook, both members of the Zac Brown Band, who are on a tour between dates with the ZB band.

Indianapolis bluesman Duke Tumatoe’s new album, I Just Want to Be Rich comes out January 18 and he will preview the release with a show at Rathskeller in Indianapolis this Saturday, January 15. He will also be at the Players Pub in Bloomington on February 4.

Hear I Just Want to Be Rich

Some strong roots-rock albums will arrive over the next few months. Todd Snider’s song/spoken word set sounds interesting and odd, the Drive By Truckers will offer greasy R&B and new stuff by Lucinda Williams and Hayes Carll will start Americana fans vibrating.

Rusty Bladen – One Live Night – The Hoosier roots-rocker channels his inner Tom Petty with his full band, the Designated Drivers, in a live recording captured at a historic theatre in Scottsburg, Indiana. 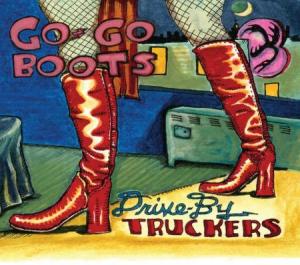 Drive By Truckers – Go-Go Boots – Featuring songs recorded concurrently with last year’s The Big To-Do. DBT’s Patterson Hood told knoxville.com that Go Go Boots has more of an R&B vibe to it than The Big To-Do. I call it our rhythm and blues murder ballads record. Its about as different as it could be and still be the same band. END_OF_DOCUMENT_TOKEN_TO_BE_REPLACED