Americana (and other) artists Bobbie Lancaster, Tim Grimm, Jan Lucas, Tim Brickley, Michael Shelton, and Jenni Gregory will perform in the show Positively Prine at the Phoenix Theater May 7-9 and 13-16. It’s the stories of six characters told through the music of John Prine. Worth a look for fans Prine fans I’m certainly one. His debut is one of the best in rock and folk history. Bryan Fonseca directs this production, which they are calling an “operetta”. And anything Tim Grimm touches is usually really good, just so you know…

Finally, Henry French is set to rock Friday, May 21 at Radio Radio. 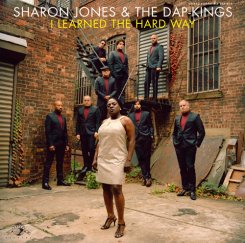 Tuesday, April 6:
Sharon Jones & the Dap-Kings – “I Learned The Hard Way” – Retro-soul, in the tradition of mid to late ’60s and early ’70s Motown, Stax, and the Philly sound.
Jakob Dylan – “Women and Country” – Country and spare roots ballads on love and life in tough times. Neko Case helps out.
Murder By Death – “Good Morning, Magpie” – from NUVO’s Scott Shoger’s review: “The band moves easily between genres and textures, from the mariachi horns of ‘On the Dark Streets Below’ (echoes of ‘Ring of Fire’) to the cello and singing saw duet on ‘Good Morning, Magpie,’ the hellish cabaret of ‘You Don’t Miss Twice’ to the rumbling, metallic drone anchoring ‘White Noise.’” (read full review)
Jeff Healey Band – “Last Call” – Final album from late blind guitarist; jazzy and some swing.
David Byrne & Fatboy Slim – “Here Lies Love” – Odd little pairing of two pretty big names, plus Tori Amos, Steve Earle make appearances.
Peter Wolf – “Midnight Souvenirs” – J. Geils Band frontman with an album that does him proud. R&B and rock done well. Merle Haggard sings a duet.
Bodeans – “Mr. Sad Clown” – Roots harmony rock and roll, recorded in Austin, with Kurt Nuemann and Sammy Llanas on all the instruments for most of the record, though a couple tracks have horns added. No big surprises; sturdy Bodeans music.

One of the gems of the Indianapolis (and all of Indiana) music scene, musicalfamilytree.com, has an interesting post on their blog this week about potentially becoming a not-for-profit and what that might mean. Worth reading. And I want to remind you how this site is important. It excels as a clearinghouse for lots of smaller-but-talented Indiana bands and their music. Lots of non-released (on CD) music. There is hard-to-find Elms music (plus the acoustic version companion album they released with their new “The Great Midwest Range” album.) and dozens of tracks from prolific artists like Jethro Easyfields, who records albums sporadically but has lots of music at the site for comsumption. Plus, the similar artists feature engine they are using is right on. I looked up Indiana roots rock singer/songwriter Rusty Bladen, a Tom Petty kind of artist from Madison. While I could listen to a number of his songs, there was also a list of similar artists on the right side of the page, and checked out some Chevy Downs tracks because they were there. And it’s free for everyone, both artists and users. Find it…

Roots-Rock Video: Joe Pug is known in music circles as the guy who sent existing fans copies of a free 2-song sampler CD (more than 15,000, according to his website) to pass along to their friends, with a personal note inside each. He’s been on the road for more than two years, and has created a buzz.
Click here for video from a recent SXSW appearance on a”The Guest Apartment online segment. He has some Midwest dates scheduled after he gets back from the six shows in Ireland, but not Indy yet – only as close as Chicago (May 15 at The Vic w/ Josh Ritter)

Another in the series called “Long Player – Listening to Vinyl”. We pull out an actual vinyl 33 1/3 rpm LP from the sleeve, put it on the JVC turntable and let ‘er rip.  Our opinion, honesty and gut feelings follow…. 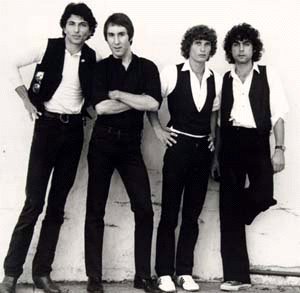 Yeah, it’s gonna be about girls and love and sex. And if you listen to the words, it’s also the story of someone who covers up most of his vulnerability with bravado. Get The Knack was recorded in just 11 days for a miserly $17,000. Isn’t that the way it should be? According to the web, The Knack performed the songs “live” with minimal overdubs, as producer Mike Chapman (who had hit big with Blondie’s disco-fied “Heart of Glass” single) basically slammed the record button and let the band play. He would go on to produce the follow up album that sold significantly fewer copies, so this record was capturing magic – the band would never be bigger than the summer of 1979. Let’s let the record roll….

SIDE 1:
“Let Me Out” – Keith Moon drums, punk-with-lip gloss vocal shouts and rhythm section that is threatens to push Doug Fieger to keep up. “Tonight! Tonight! Tonight! followed by 25 “Let me Out!” and a scream. It is, really, fucking brilliant. Call to action: we’re gonna hit it hard tonight. 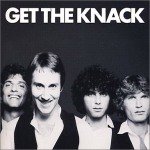 “Your Number or Your Name” – Here’s we get that Beatles influence. (Whooo!) vocals atop a 60s rocker. They beat REO Speedwagon to the sound that would send the Illinois road dog band to a zillion album sales a couple years later with Hi Infidelity. Just a clean, powerful production. Again – flying drums from Bruce Gary.

“Oh Tara” – I love guitars that duel out of each speaker. Georgia Satellites were one of those underrated bands whose albums were so much more than “Hands to Yourself”.  They split dualing rock guitars into one big hairy, raunchy snarl of rock. “Oh Tara”, a lightwight lyric, is saved by a rock and roll band. Nobody ever listens to anything other than “My Sharona”, but dammit, they should.

“(She’s So) Selfish” – Bo Diddley beat. See. They get it. Hiccup vocals ala Buddy Holly. Firmly planted in the Elvis Costello sound, which launched a year or two earlier. This, though, is a part of the misogyny arguement against the band “She’s got you by the short hairs” pops up midway through the tune. Girls ain’t giving the boys the respect – or sex – they want. So Doug shouts “Gimme, Gimme Gimme.”

“Maybe Tonight” – A ballad, in the tradition of Sgt Pepper. As close as they get to psychedelic. Gentle, by band standards. The yearning, shy side comes out of the Knack. They want the girl but haven’t had the courage. Maybe tonight. A counterpoint to the whole misogyny thing.

“Good Girls Don’t” – the other hit from the album. Leering lyrics, from the high school viewpoint, about the  girl who wants “it”. Or so the guy tells himself. Great, angry, wrong-and-right pop song. It’s the tune that critics point to when they want to trash the band, Yes, it’s sophomoric. And it’s a song that sticks in your ear after the album is done. Teen lust hitting us over the head with a backbeat.

SIDE 2
“My Sharona” – I think we have a enough distance between the summer of 1979 and now that we can look at the song as a near-perfect slice of American power pop. Did you know there is a raunchy, two-bar quick quitar solo right in the middle? Almost out of place on the glossy cut. That helps to make the song even more of a brilliant pop-rocker. And the band lets loose like a skinny tie freight train near the end of the song. A musical tension build and release (complete with false song ending) that pushes the tune to be more a rock and roll piece than just a slice of radio pop that burned too bright to survive.

“Heartbeat” – Buddy Holly again. Really?  A 50’s throwback – lightweight and odd in it’s placement on the record. Why here, after the best song on the album? The production is even a bit muddy. Somebody must have been hungover behind the mixing board.

“Siamese Twins (the Monkey and Me)”
I hear Graham Parker in the grooves. And these boys like to repeat lyrics. They take a line (“he’s on my back”) and chant it, yell it, croon it. Again, the guitars of Fieger and Berton Averre save the day. Sing-song lyrics about escape fall flat. But the guitars are garage.

“Lucinda” – Man, this second side isn’t nearly as good as the first side. The more I listen, the more this side sounds like  early 80’s midwest rock. And I don’t think that is good or bad, only less-than-groundbreaking. Fieger sounds like Kevin Cronin, while the song is about “cutting down” Lucinda, and “it’s going to hurt you”. That’s just not nice. Beatles “Hold Your Hand” ending.

“That’s What the Little Girls Do” – Boy tells girl she’s the one. Girl runs away, because “that’s what little girls do – to you”. Boy begging on his knees. She says she’s sorry. She doesn’t mean it. Guitar solo. Boy dreams of girl. Girl doesn’t give a shit. Music crashes to a cold ending.

“Frustrated” – The last cut of the record. Here’s a book that needs written: analyze the last songs on rock albums. They are usually a different than the other songs on a record. Many are hyper-personal. Somebody usually plays like they are high, and there are assorted screams, clunked notes and odd bits that were put off until the end. Like Fieger chirping, howling and gurgling for the final :45 seconds of “Frustrated”. We hear the fading lyric “I need it, I want it” behind a band banging its way through a loose garage-rock throwaway. A perfect ending.

I will call “Get the Knack” a classic. You arguing?  Listen to it before you do that.  Music worthy of a template called power pop.  And they nearly killed the genre by being so successful. And most of this album (especially side one through “My Sharona”) is as great as that kind of music would get. It was essentially the same sound as Tom Petty was making at the time, until he hit another gear with Damn the Torpedoes, and songs like “Refugee” and “Don’t Do Me Like That” toughened up the sound to make the sound inviting to radio again…

Do the Knack deserve slings and arrows?  Were they poison or worthy of Rock Hall of Fame love?   I’d say certainly much closer to the hall (though they will never get in) than the arrow, if only because of side one of this record.