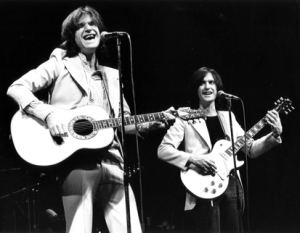 You know, we had Springsteen a few spots back, and the beginning of “Father Christmas” sounds like it could be another Bruce production. Then it breaks into the classic Kinks sound. Here’s a band that never quite could keep up with the Stones or the Who. In many ways, they were way more presonal in their writing and built a sound that was unmistakable when it came on the radio. “Father Christmas” is a song that I almost never hear unless I’m the one playing it, but have found it on a number of CD compilations. Intelligently crunching rock, with Ray Davies hitting it out of the rock park during his heydey.